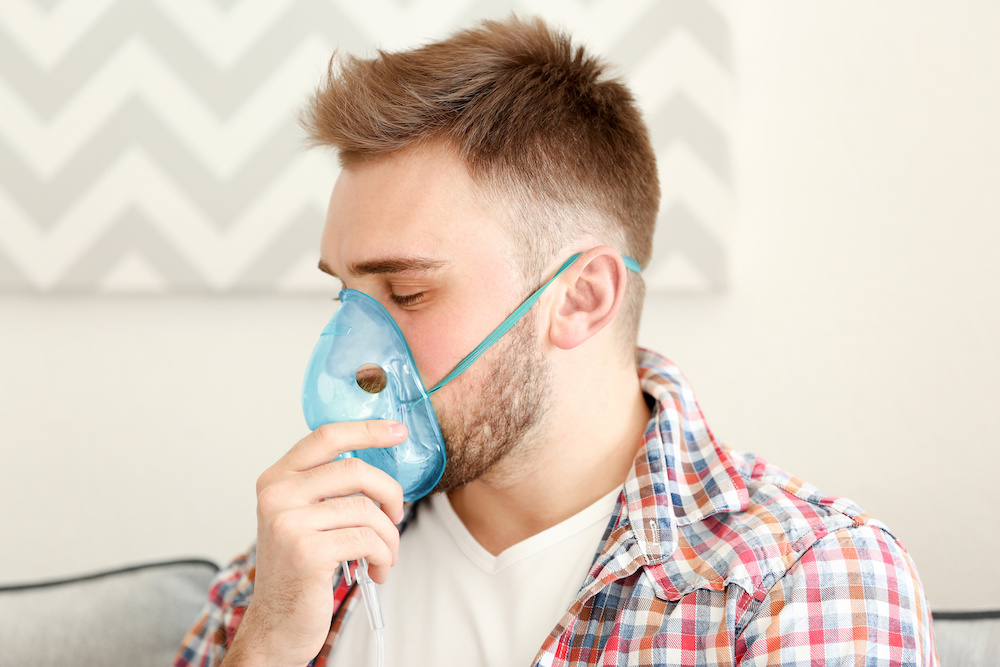 If you’re wondering and asking, “Why do I get shaky after using my nebulizer?”

It’s likely because of the side effects of your medication.

Albuterol, one of the most commonly prescribed nebulizer medications, is known to cause shakiness and tremors.

When starting a new respiratory therapy regimen, it’s important to know what side effects to expect.

Let’s look at the most common reasons tremors could happen after using your nebulizer.

We’ll also explore several other side effects to consider to help ease your concerns when managing your respiratory therapy.

Nebulizers are unique devices, but they’re not as effective at treating respiratory ailments without medications.

Bronchodilators are the most commonly prescribed drug for patients suffering from breathing problems.

There are two primary categories of bronchodilators:

Long-acting bronchodilators assist with breathlessness due to recurring ailments like asthma and COPD.

They can also help boost the effectiveness of other drugs, such as corticosteroids, for treating asthma.

These are most often prescribed to individuals that experience infrequent, short breathlessness attacks.

With the help of these medications, people with chronic obstructive pulmonary disease and asthma can experience relief.

Additionally, it can assist with reducing fluid buildup in the lungs as a result of illnesses and inflammation.

Albuterol is one of the most commonly prescribed bronchodilators, which falls into the realm of Beta-2 agonists.

It is also common for doctors to prescribe anticholinergics or theophylline to those with respiratory issues.

One of the bronchodilators’ most common side effects, especially Beta-2 agonists, is tremors.

Why Do I Get Shaky After Using My Nebulizer?

It can be concerning to start your respiratory therapy for the first time and experience tremors.

However, it’s important to remember this is one of the more common side effects people experience.

In fact, it’s your body’s natural response to the medicine, depending on what your doctor prescribed.

Tremors are typically categorized when a part of your body shakes or quivers.

The SNS is responsible for managing your fight or flight response, which is usually only triggered when faced with worrying stimuli or fear.

When you take Albuterol for your asthma or COPD, your body cannot differentiate between actual fight-or-flight and the drug.

This process can cause tremors as your sympathetic nervous system is engaged, causing shaking or quaking.

It can also lead to a faster heart rate, as it increases the flow of adrenaline throughout your system.

Even though it might feel intimidating or frightening, it is a normal physiological response.

There are plenty of different types of medication that replicate the feeling of fight-or-flight, garnering them the title of sympathomimetic medicines.

What Are the Most Common Nebulizer Symptoms?

There are a few other common side effects you may experience from the medication you use in your nebulizer.

Did you know that tremors have been reported in one in five people prescribed Albuterol?

The majority of individuals who report this side effect are children between the ages of two and five.

However, it can affect anyone due to the nerve activity it induces in the sympathetic nervous system.

If you’ve been using your nebulizer and noticed a quickened heart rate, it could be caused by your medication.

Patients have reported palpitations and tachycardia in some instances, likely due to your fight-or-flight response.

Research into this effect has found that adding a spacer between your face and your mouthpiece or mask can help.

The spacer acts as a barrier between the medication and your mouth, regulating your inhaling amount of medicine.

As a result, it helps reduce its effects, especially on your heart.

However, these symptoms are often experienced with medications other than Albuterol.

If you are currently using Albuterol and are experiencing tachycardia, switching to alternative medicine such as Levalbuterol could help.

An increased level of excitement or hyperactivity is another side effect you could experience when using your nebulizer.

With that said, it’s one of the lesser-known symptoms and occurs in fewer patients, typically one in ten.

If you’re an older patient, you’re less likely to experience it than children between two and 14.

Teens are also more likely to experience heightened excitement and stimulation due to their nebulizers.

Depending on the prescription and the person, these effects could come forward as jitters or nervousness.

However, it’s most likely the excitable response will fix itself within a few weeks of using your nebulizer.

People who start respiratory therapy for the first time experience a runny nose, causing them to think they are sick.

However, this side effect is relatively common with Albuterol as it can cause inflammation of your nasal cavity.

When using your nebulizer, you’re inhaling medication through your nose and throat.

As a result, the medication can cause some swelling, leading to a runny nose and consistent sneezing.

According to a Proventil trial, approximately 16% of patients reported having a runny nose.

It was also reported in a ProAir study, with 58 patients reporting the same effects.

Introducing a new medication into your body is bound to cause some significant changes at first.

With bronchodilators, an upper respiratory tract infection is one of the most common side effects you can experience.

In fact, they are more common than tremors, runny noses, and hyperactivity.

Upper respiratory tract infections can manifest in various ways, such as through a common cold.

Patients will also likely experience laryngitis, pharyngitis, or tonsillitis when dealing with this symptom.

If you are beginning to notice any signs of discomfort, it’s essential to contact your doctor for assistance.

Knowing when to seek medical care is essential when you begin respiratory therapy.

As you can guess, your nebulizer is supposed to assist your breathing rather than worsen it.

Talking to a doctor is important if you start to notice worsening symptoms, such as heightened asthma or bronchospasms.

Unfortunately, this side effect can happen with bronchodilators and is called paradoxical bronchoconstriction.

It will typically show shortness of breath, wheezing, or general tightness in the chest.

If you experience these issues after an Albuterol treatment, there are alternative options your respiratory therapist can recommend.

Should I Stop Using Bronchodilators if I Experience Side Effects?

One of the main things your doctor will likely recommend to you is that you don’t stop your medication independently.

Some side effects are more likely than others, such as a runny nose or tremors.

However, these aren’t reasons to stop your treatment immediately.

Your doctor will be able to tell you what method of action is best to ensure your respiratory distress is addressed.

Also, they can ensure that you slowly come off of medications, ensuring you don’t experience a significant flare-up.

Ensure you confirm with your respiratory therapist before making changes to your nebulizer routine.

If you’re wondering, “Why do I get shaky after using my nebulizer?”, nerve excitement is most common.

When your sympathetic nervous system is engaged, it can cause a surge of adrenaline, causing tremors and a rapid heartbeat.

Talking to your respiratory therapist is the best way to find the ideal bronchodilator to assist you with breathing concerns.

If you have any issue with your nebulizer, we will repair or replace your purchase!

Get your portable nebulizer today

Stay in the Loop